Jonathan Caleb Rodriguez, professionally known as Jon Rodz, is a digital product designer currently studying UX Design at the Savannah College of Art and Design (SCAD). In 2021, he received the Adobe Design Circle Scholarship, which provides funding for his undergraduate education and access to mentorship opportunities through a network of Adobe design leaders. Prior to attending SCAD, Jon attended CAST Tech High School, where he participated in the first high school-level User Experience Design course. Jon also participated in the SAY Sí art program, an after-school, tuition-free arts program, and was featured in the program's virtual art exhibition, "Expressions of Solitude," in 2021. The exhibition highlighted the experiences and perspectives of young people during the COVID-19 pandemic. In 2022, Jon was mentored by Khoi Vinh, who featured him in a talk about building a more diverse pipeline of design talent at the South by Southwest (SXSW) conference. 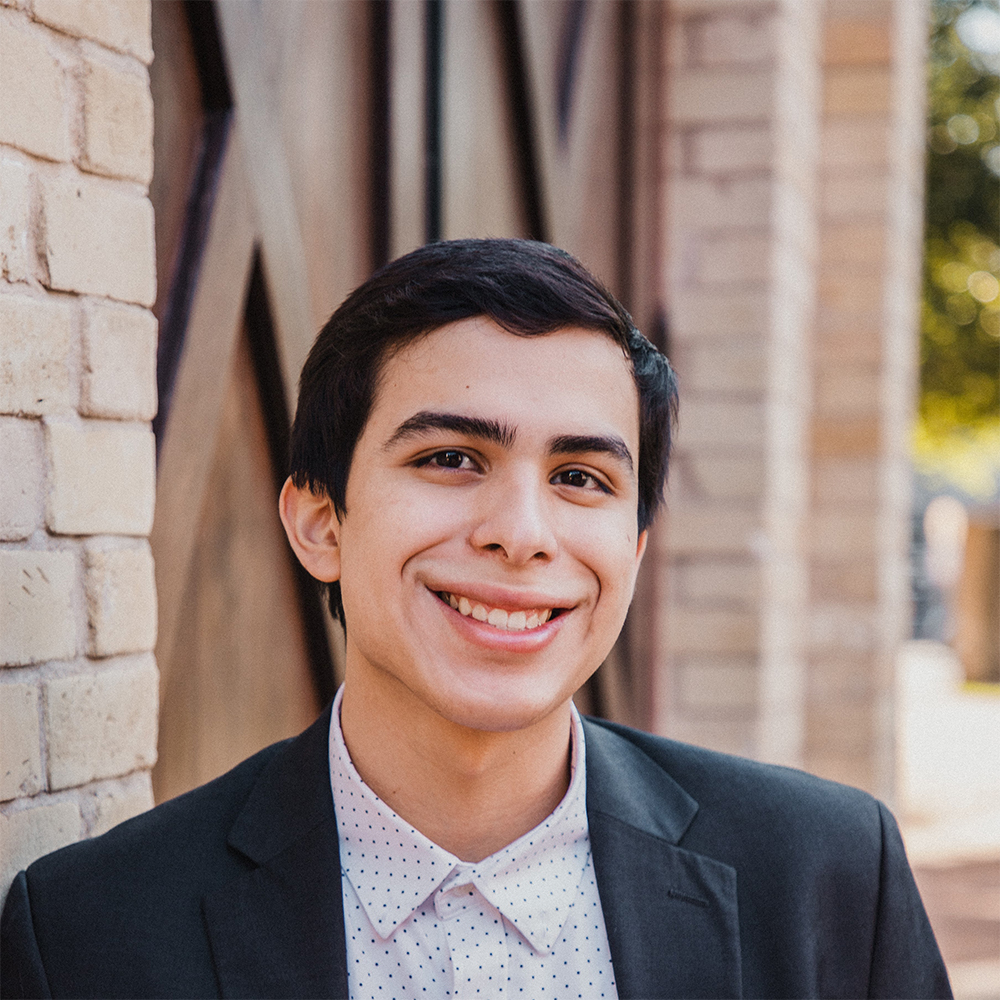 I May Look Familiar 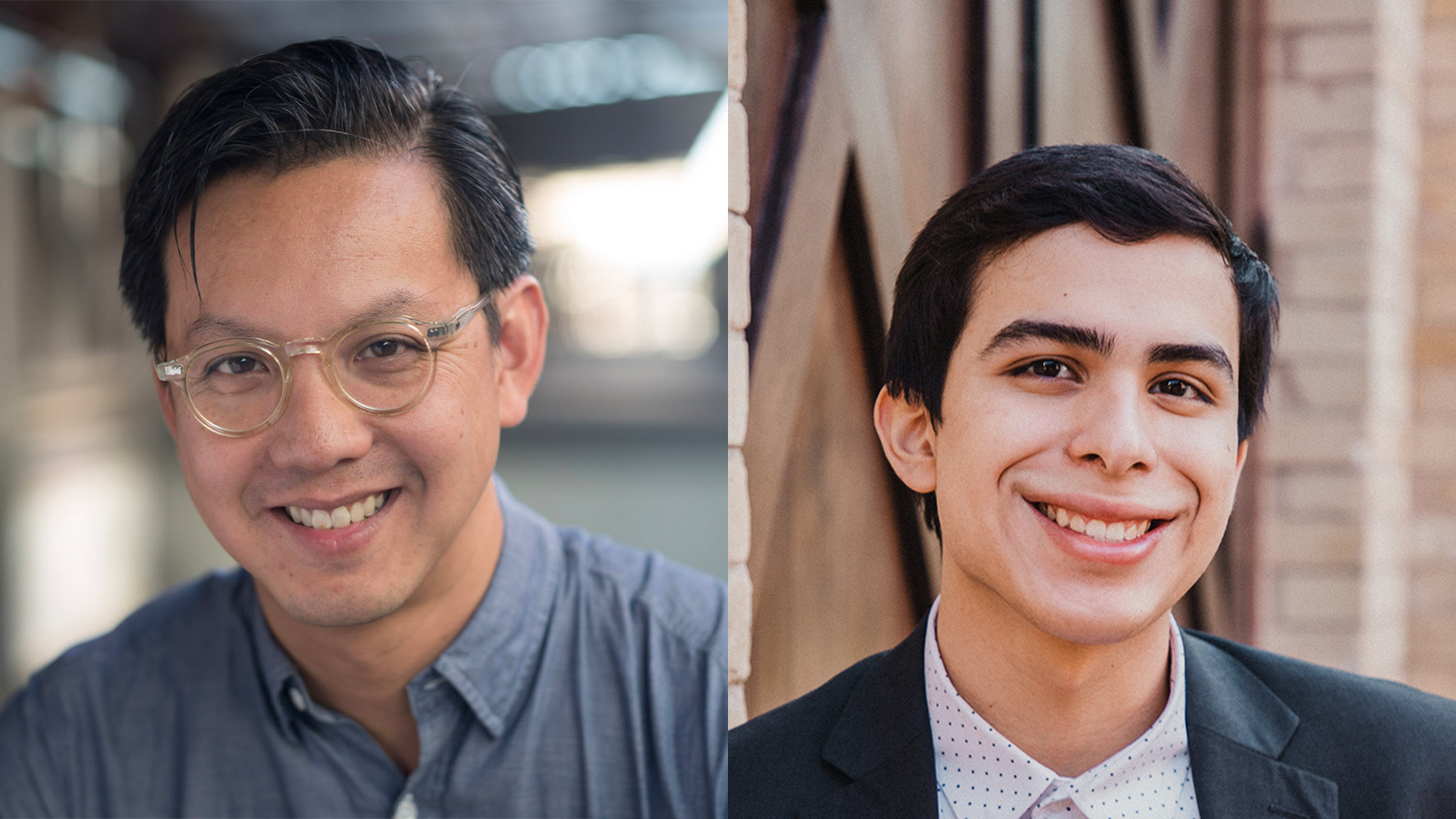 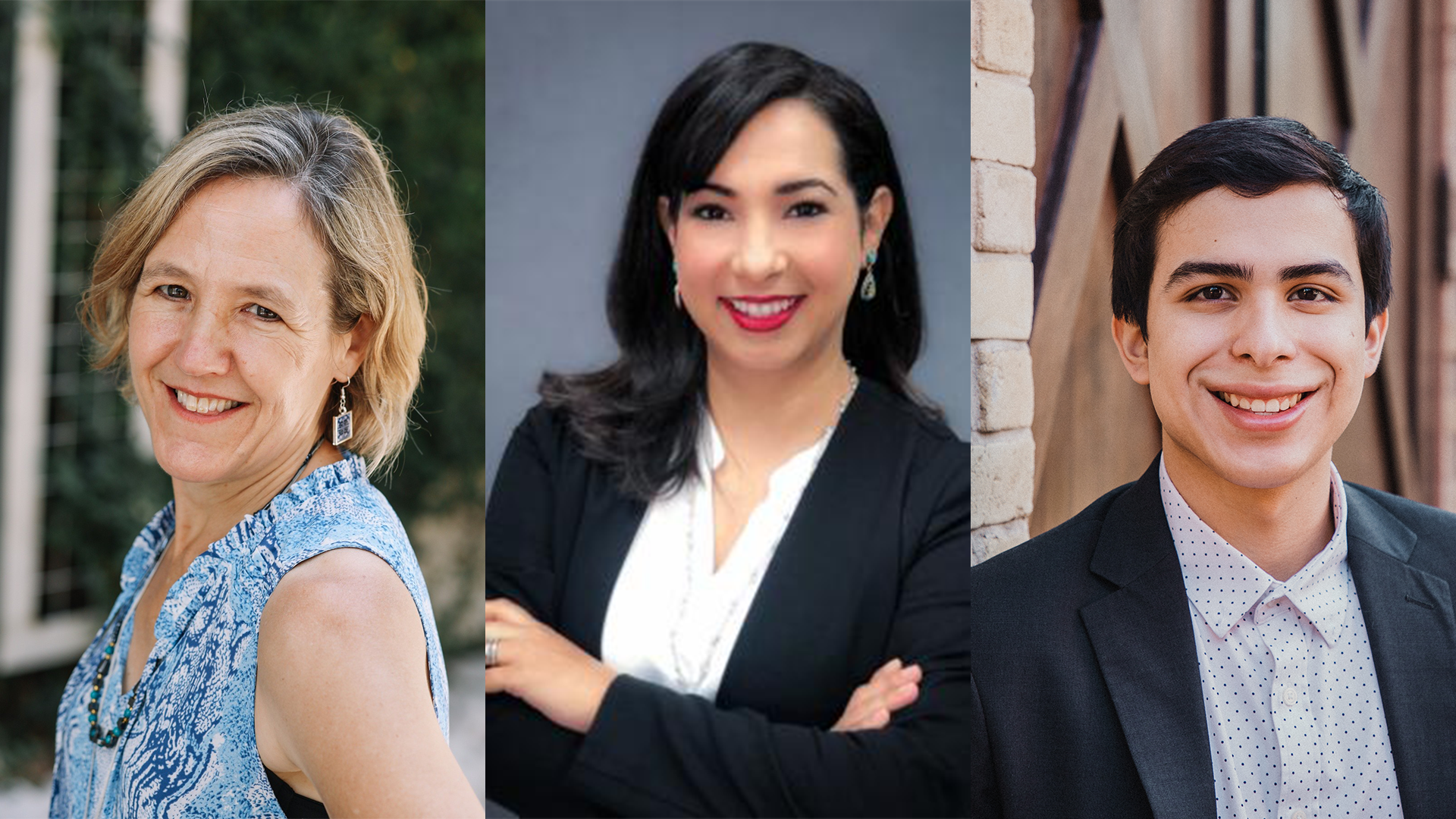 Mar 2, 2022
NPSI
—
Maximizing Opportunities for Students by Preparing Them for Life 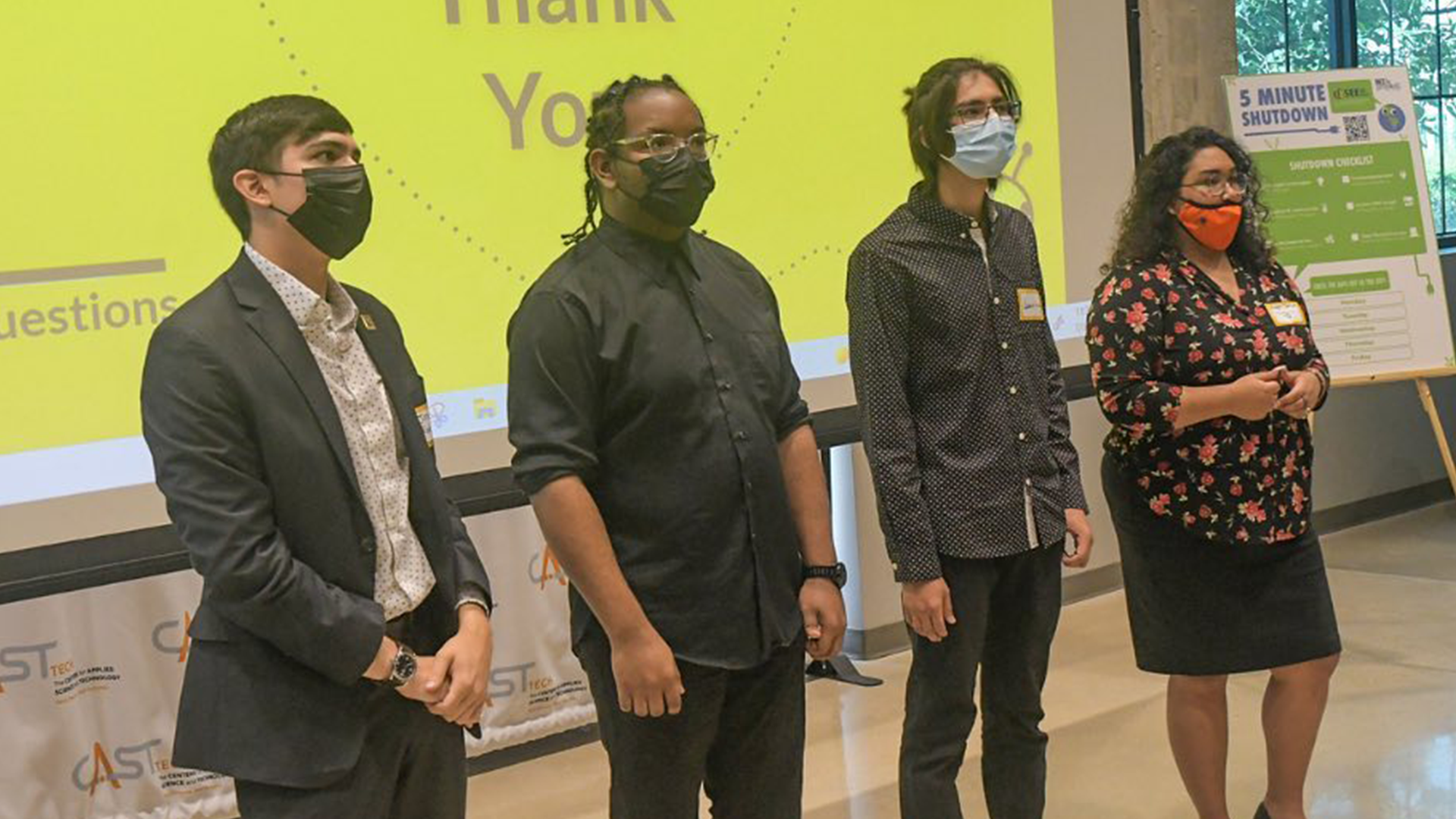 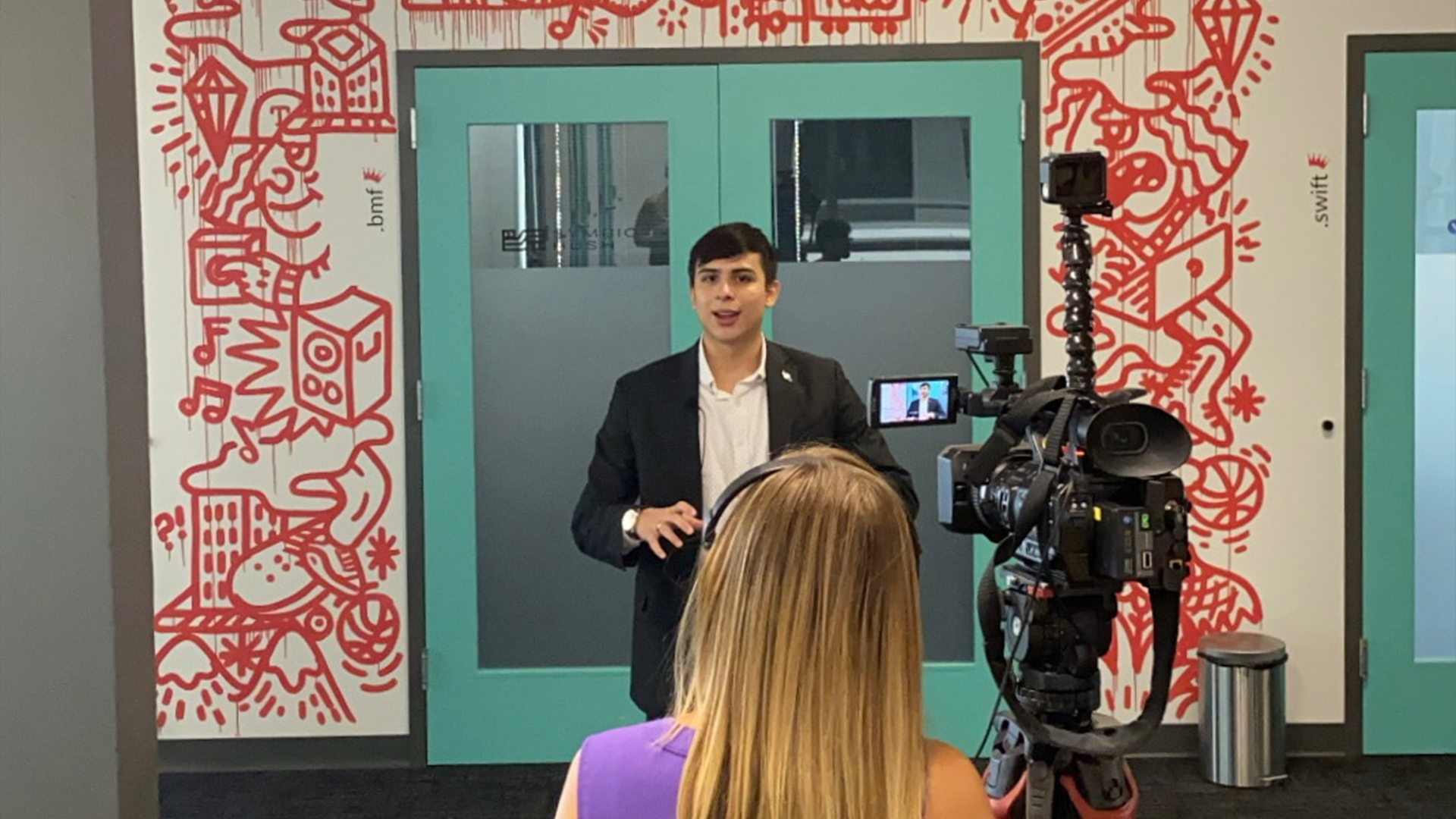 Jul 11, 2021
WOAI
—
The next billion-dollar start up company could be in the works here in SA 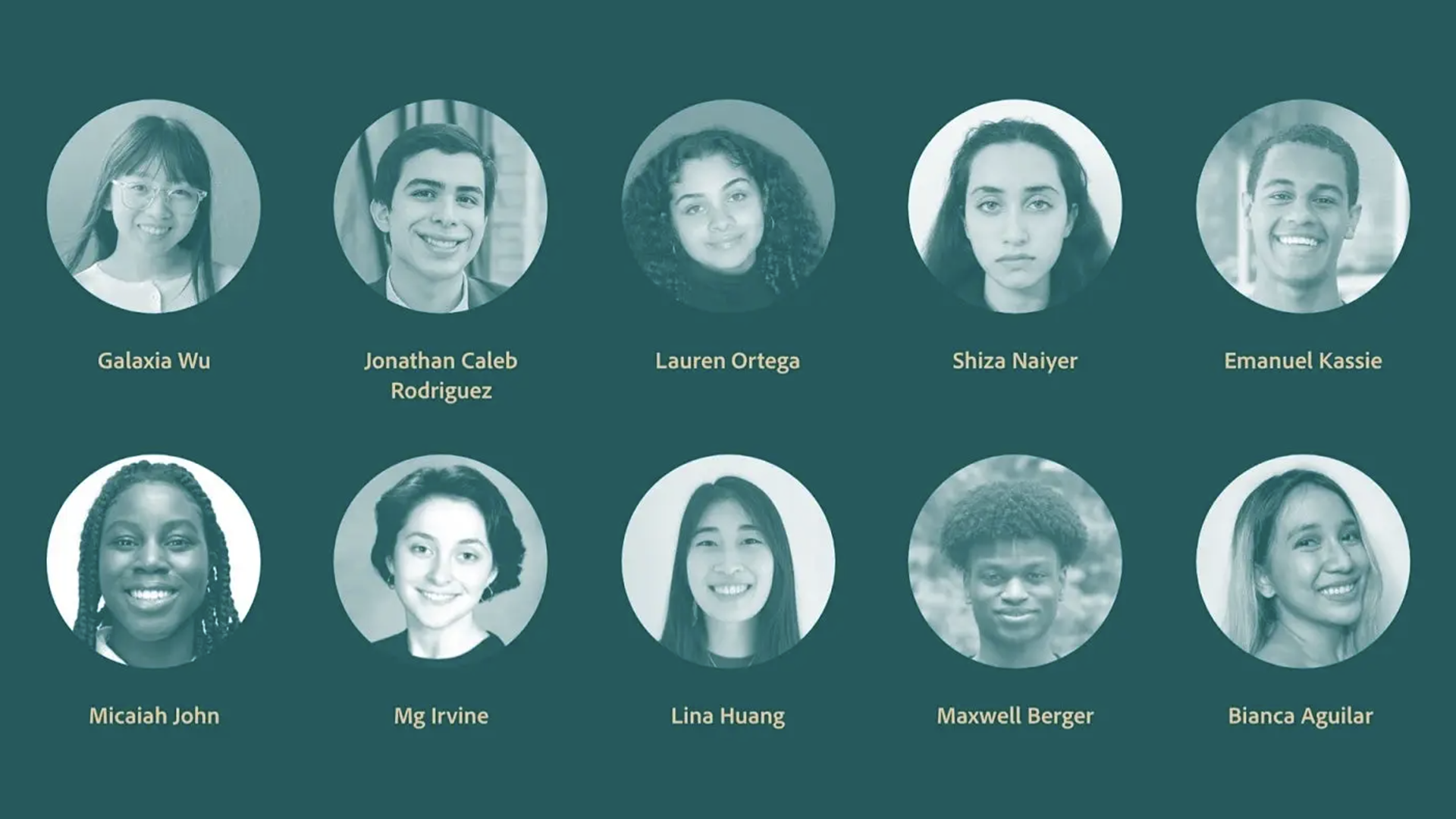 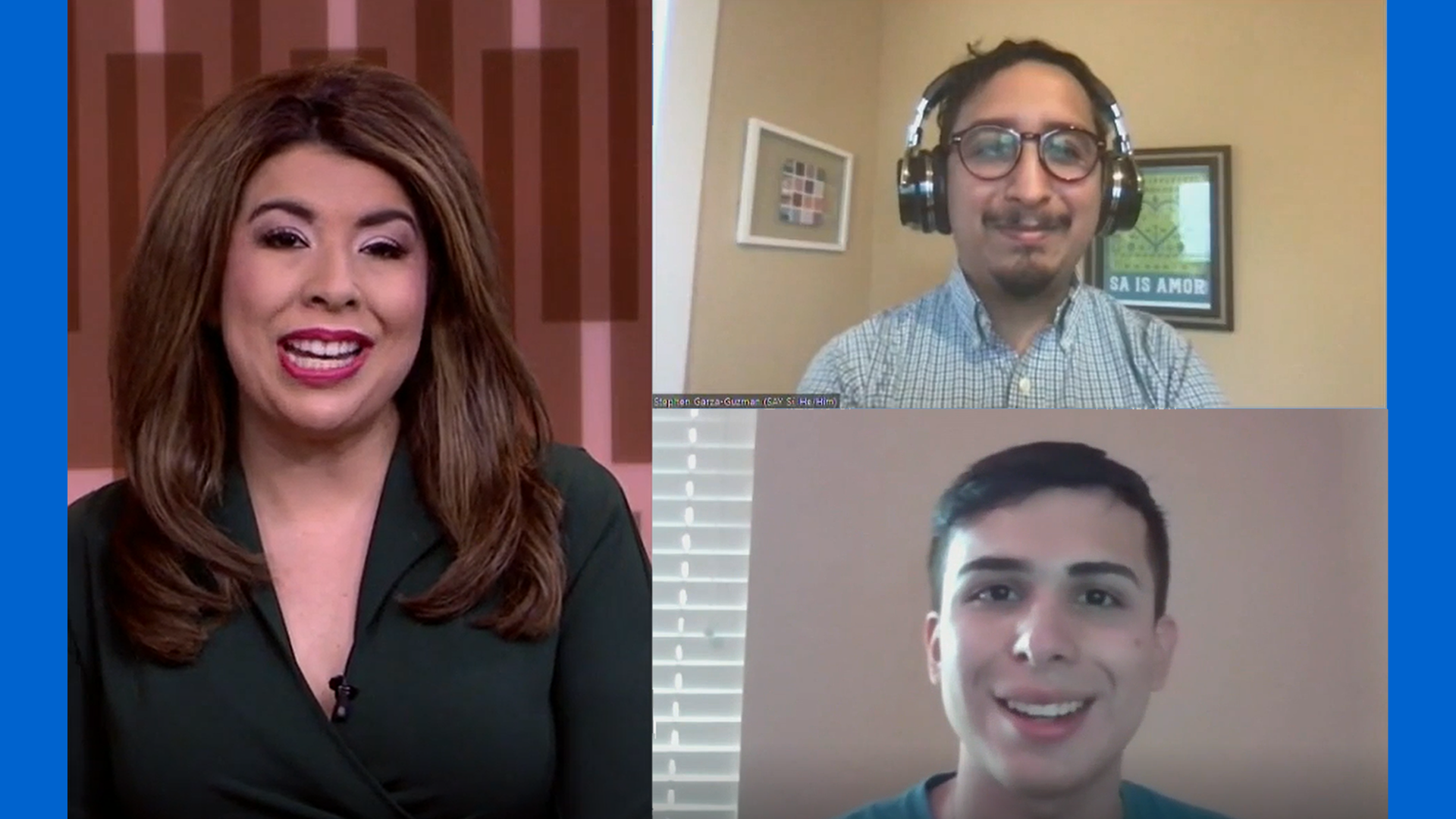 In March 2022, I got to tell my story at SXSW alongside my design mentor Khoi Vinh. The talk is about how design leadership has a responsibility to support and uplift the next generation of designers—especially when it comes to creating opportunities for underrepresented groups

Growing Up with a Dream

Born and raised deep in the heart of Texas, I grew up on the historic West Side of San Antonio in one of the poorest urban communities in the United States. The oldest of three with a single teen mom, I always dreamed of living a creative life as an artist or animator, inspired by the stories I saw and my struggles.

However, as a quiet kid who struggled academically, I didn't think it was possible. I loved graphic novels and cartoons, and the one class I excelled in was art class. Ms. Jackson, the art teacher, even showcased my art in school art shows. She told me on the last day of elementary school that she'd give me a box of crayons when I won a big art award. Despite her encouragement, I was taught that all creatives were "starving artists." I didn't see a clear path to a career in any sort of creative capacity, nonetheless that was my biggest dream.

When I started middle school, I had a terrible art teacher who squashed my creativity. I stopped drawing and creating for a while. But I still loved animation, and I even discovered that the creator of my favorite cartoon, Adventure Time, was from the same city as me. I dreamed of becoming an animator someday. 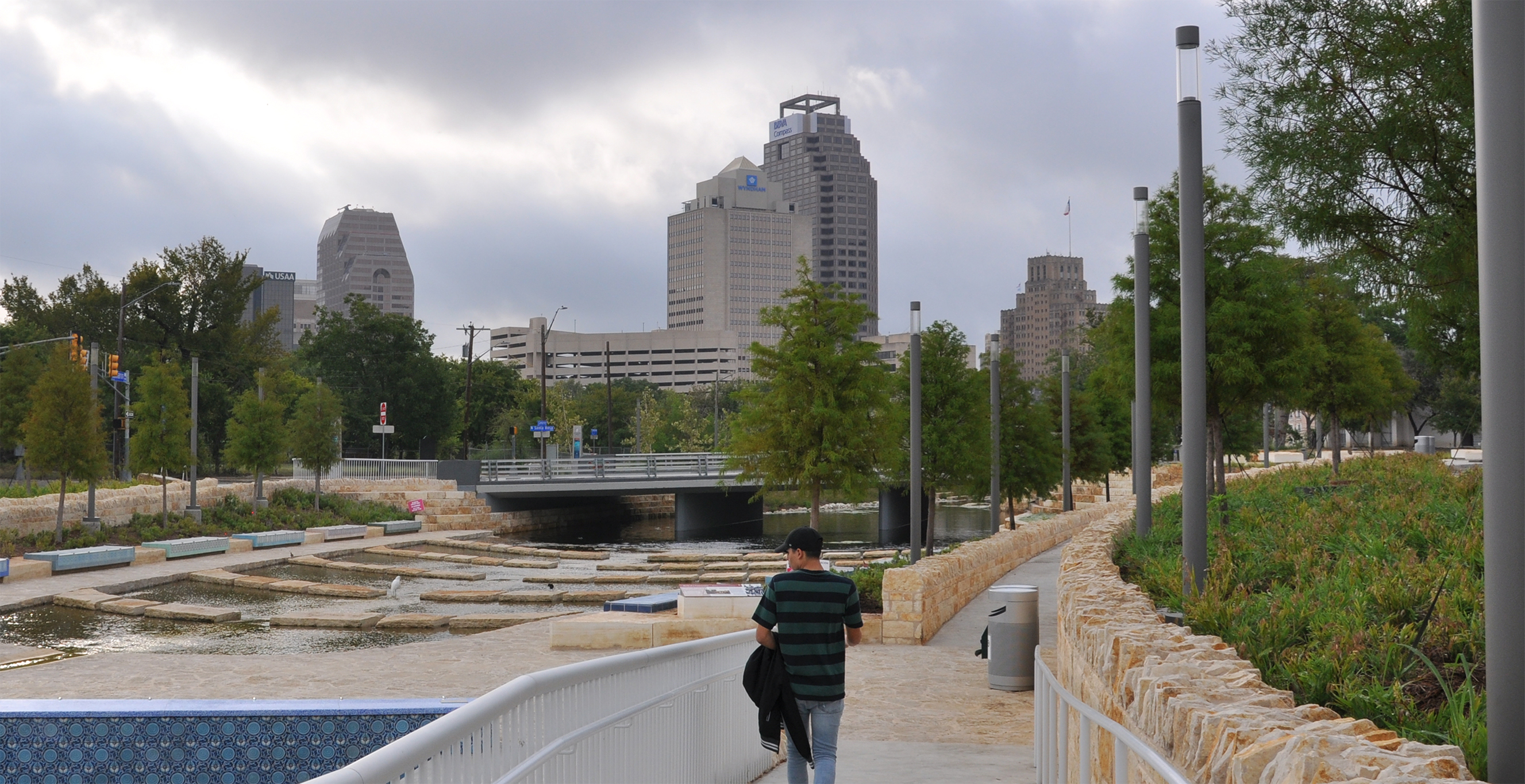 The summer before high school, my mom brought home a brochure for SAY Sí, a tuition-free after-school art program for economically disadvantaged and marginalized youth in San Antonio. At first, I crumpled it up and threw it in the trash, but it was back on the counter the next day. So, reluctantly, I joined SAY Sí, specifically the HIVE program, which focused on producing digital and tech-based work like animation and video games. 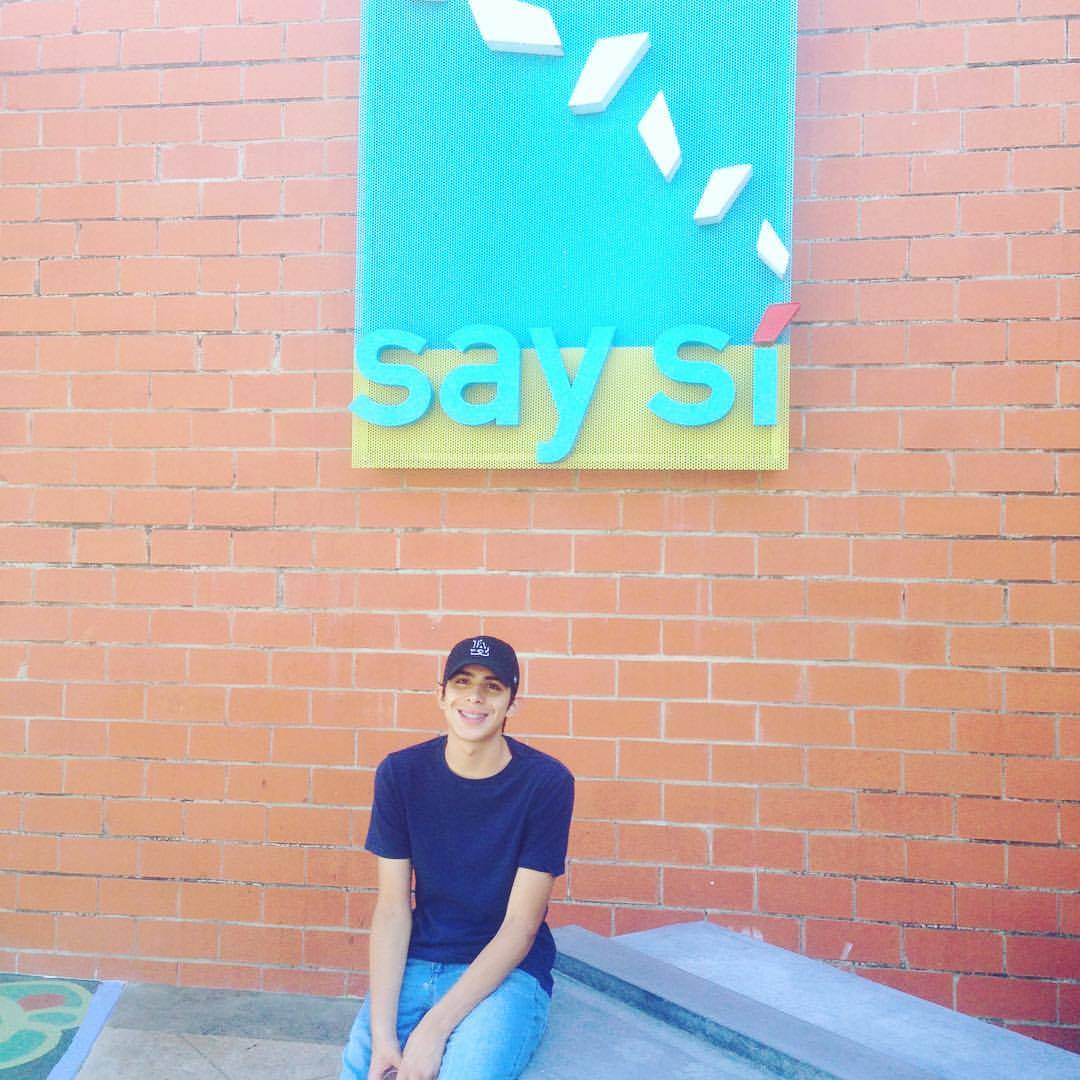 At first, I didn't like SAY Sí. It required a lot of time commitment, with eight hours of after-school programming each week. But my SAY Sí instructors, Stevan Živadinović, Ned Meneses, and Rick Stemm, showed me that being creative is more than just being an artist. They broke down the myth of the "starving artist." They even introduced me to the Adobe Creativity Scholarship, which funds education to pursue creative professions.

Through SAY Sí, I learned that being creative can encompass many different careers, including animation, game development, illustration, graphic design, and web design. But I still wasn't sure which path was right for me. So, with courage and a lot of trial and error, and I mean a lot, I explored uncharted creative territory.

During this time, I kept my work a secret from friends and most people around me, feeling embarrassed that they wouldn't understand my creative ambition. Moreover, I felt afraid my work was not good enough or ugly. 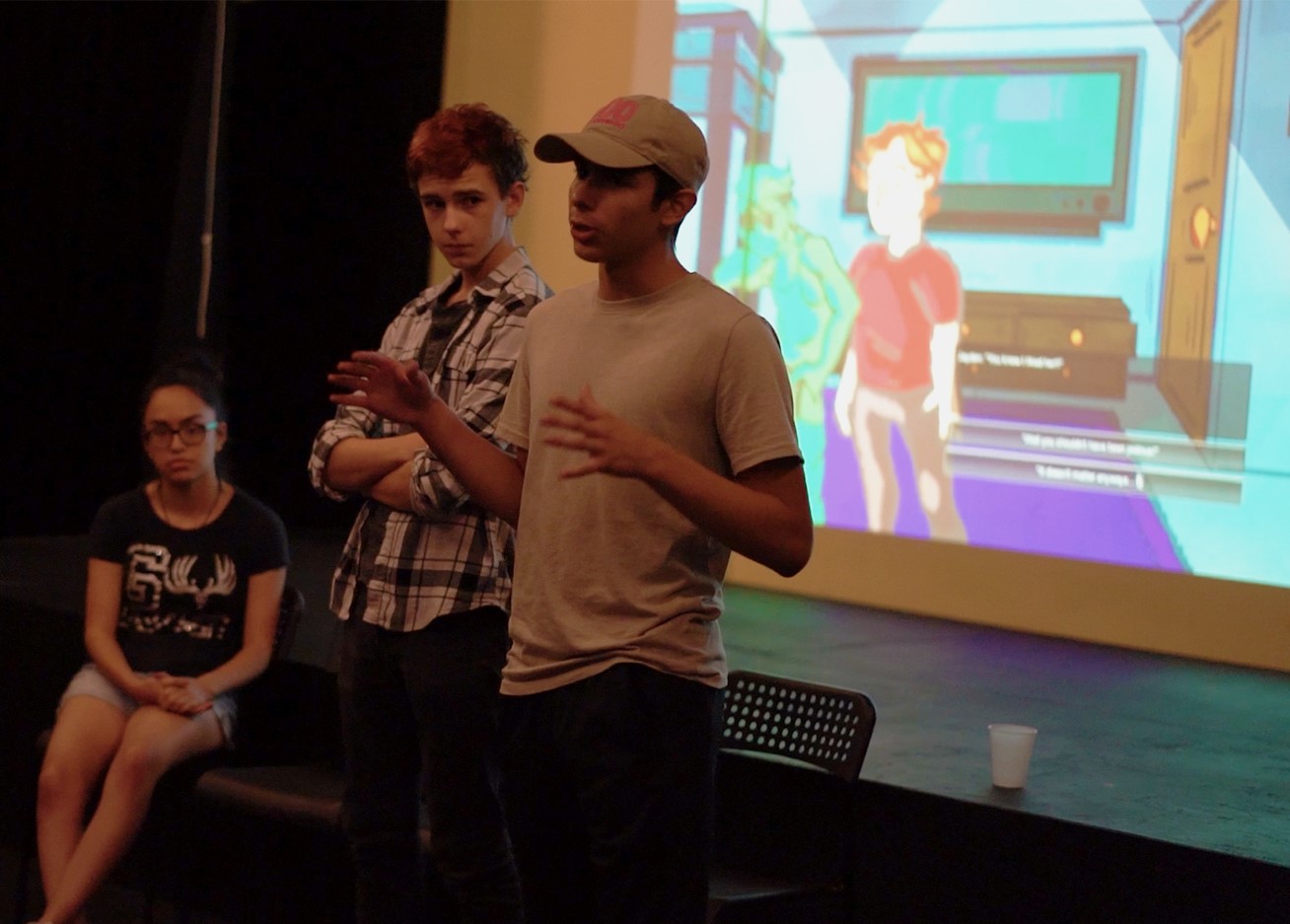 The HIVE finally did an animation project, and I had an epiphany: I don't like animating; I just like looking at animation. I was shocked by this realization. I was afraid to tell anyone, especially since my whole family knew I wanted to be an animator. It was the reason I joined SAY Sí to begin with! SAY Sí had become a creative home to me, so I stuck with SAY Sí for the rest of my high school career.

During the summer between my sophomore and junior years of high school, I took a tour of CAST Tech, one of the Centers for Applied Science and Technology (CAST Schools) in San Antonio. I was only there to chaperone my little brother as a prospective student, but I ended up enrolling myself, as a junior in high school, after hearing they also have a creative program, the "UX Design Pathway." I was intrigued.

CAST Tech reminded me of SAY Sí in many ways. I found a supportive community that embraced my creativity and felt comfortable sharing my work from SAY Si. It was here that I first learned about UX design, a field that combines my interests in art, technology, and problem-solving. 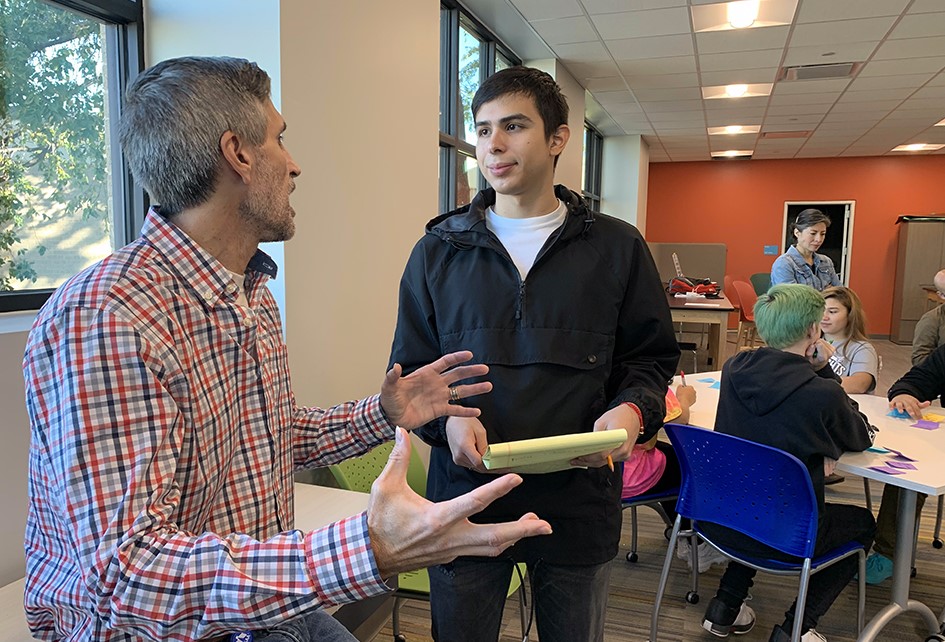 During my first year at CAST Tech, in March 2020, 5 days before the world shutdown because of COVID, I was fortunate to have the opportunity to visit the Savannah College of Art and Design (SCAD), the only college with a UX major. It was at SCAD that I first learned about the UX design program and realized that it was a field that combined my interests in art, technology, and problem-solving.

After returning from SCAD, I was faced with the difficult task of telling my mom that I wanted to study UX design and go to college out of state. Although my mom was supportive, I still had doubts about my decision to switch from my original plan of becoming an animator. It wasn't until I reflected on my experiences at SAY Sí and realized that much of the art I was making; was more like design. Then, I came to terms with my want to be a designer. 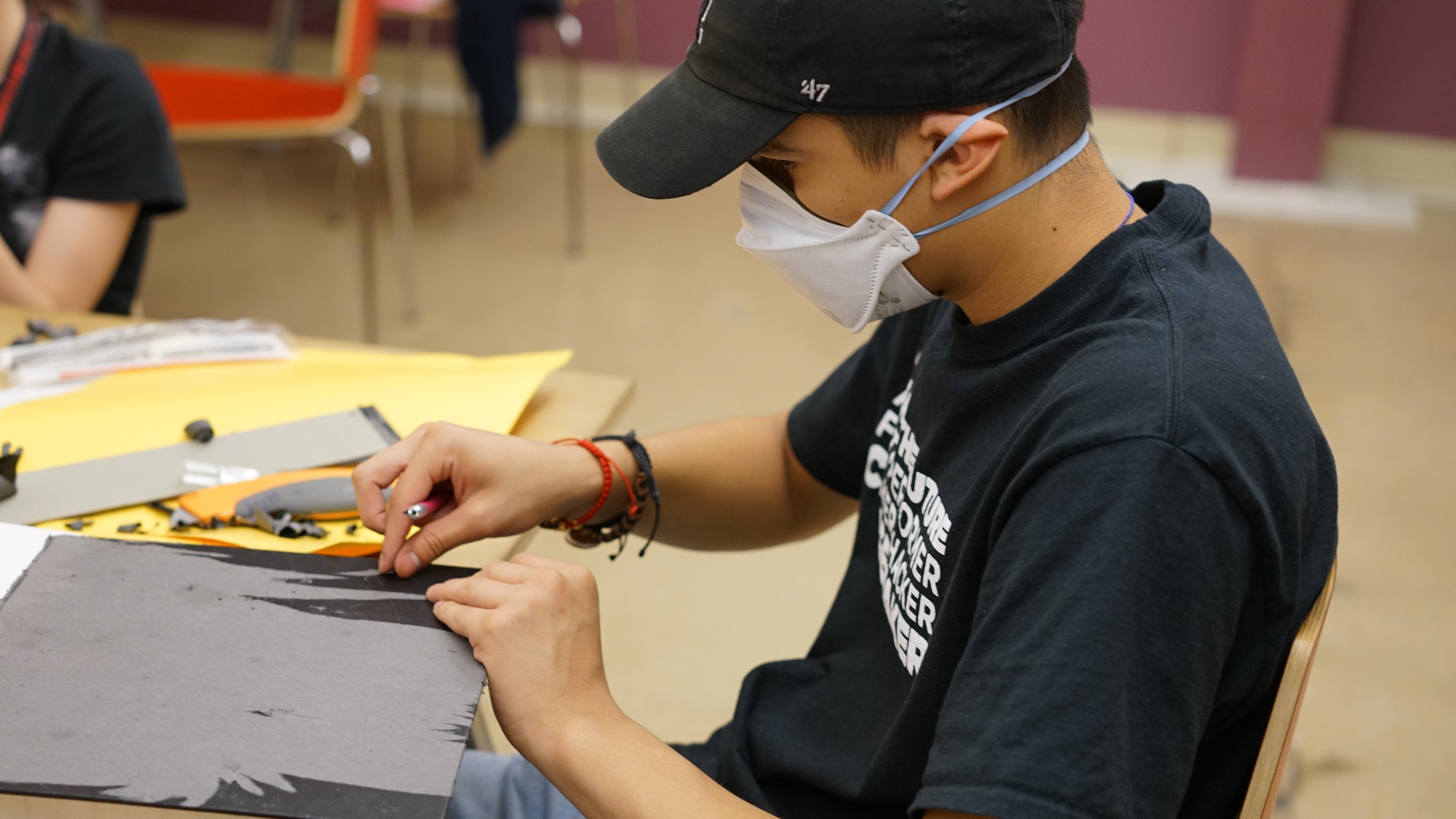 During my senior year of high school, I applied to SCAD to study UX design. First, I searched for scholarships to help fund my education. Unfortunately, I could not find the Adobe Creativity Scholarship. But I discovered the newly formed Adobe Design Circle Scholarship, a program specifically for aspiring diverse design students. So I applied for the Adobe Design Circle Scholarship and SCAD, hoping that the scholarship would be my only chance to afford tuition if accepted into SCAD.

I was nervous and anxious about the outcome of my applications, and I avoided talking about college or my hopes of being a designer with anyone, including my mom and high school advisor.

After receiving the email announcing my selection for the Adobe Design Circle Scholarship Program, I was overwhelmed with emotion. Finally, all the hard work I had put in had paid off. I would now have the opportunity to pursue my dreams of becoming a UX designer and living a creative career. I always knew I wanted to make a living as a creative, and now that dream was finally within reach. 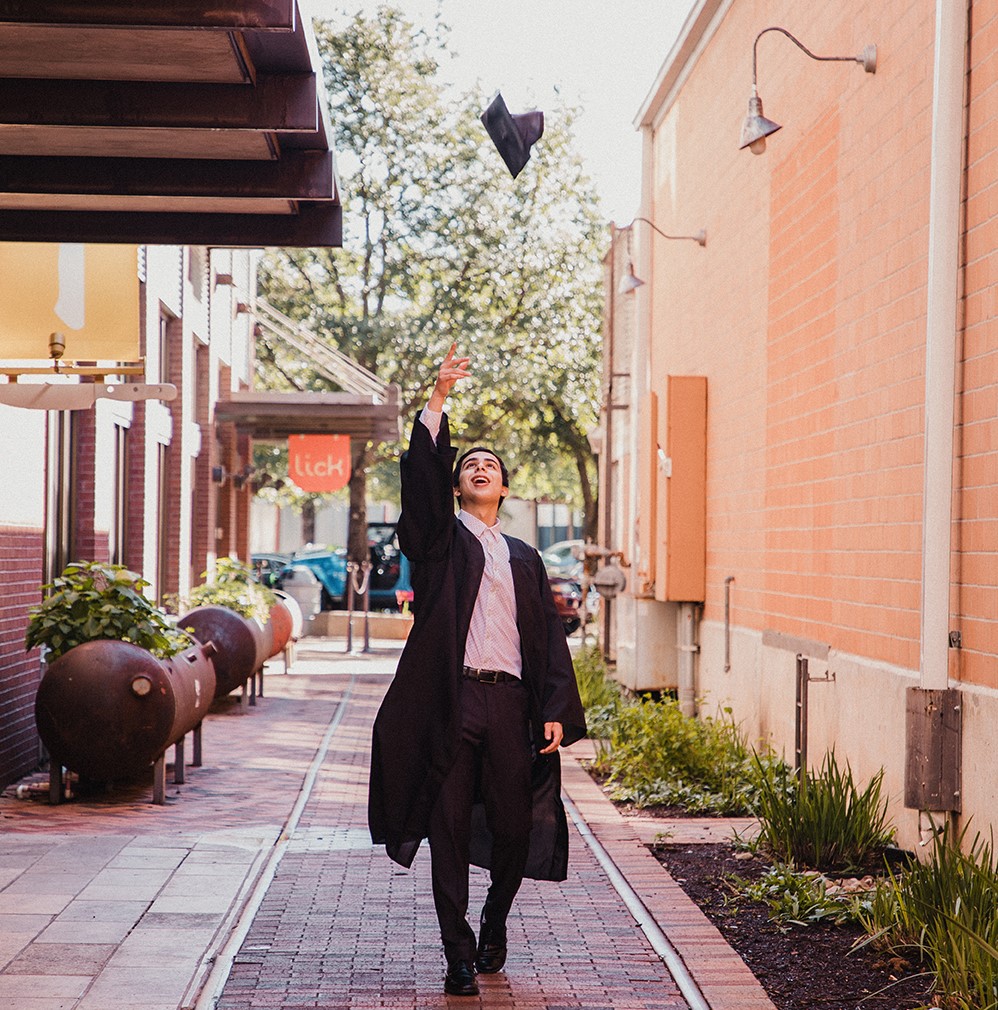 Senior year of high school ended. I graduated. And now, as I prepared to start my first year at the Savannah College of Art and Design (SCAD), I reflected on my experiences at SAY Sí and CAST Tech. These programs taught me strategies and the importance of community, creativity, and real-world experiences. So I knew that SCAD, focusing on the arts and real-world experiences, would be a perfect fit.

However, when I arrived at SCAD, I felt out of place. I didn't feel like I had the same resources as everyone, my culture was completely different, and no one in my classes looked like me. As a result, I fell back into my quiet, introverted ways. I knew I needed to find a community to help me feel more at home, so I searched for one and eventually found SCAD FLUX, the UX Design Club. Through this club and my Adobe Design Circle mentorship, I had a strong community and support.

As I began my sophomore year at SCAD, I felt more grounded and could share my diverse backgrounds, culture, foods, and music with friends. I was also able to take on leadership roles within SCAD FLUX and intern at H-E-B as a UX Design Intern. As a result, I am now more confident in my identity as a UX Designer. I am excited about what the future holds. I know that my journey as a creative, which started on the first day of SAY Sí, will continue to shape me as I grow and learn more about the design industry. 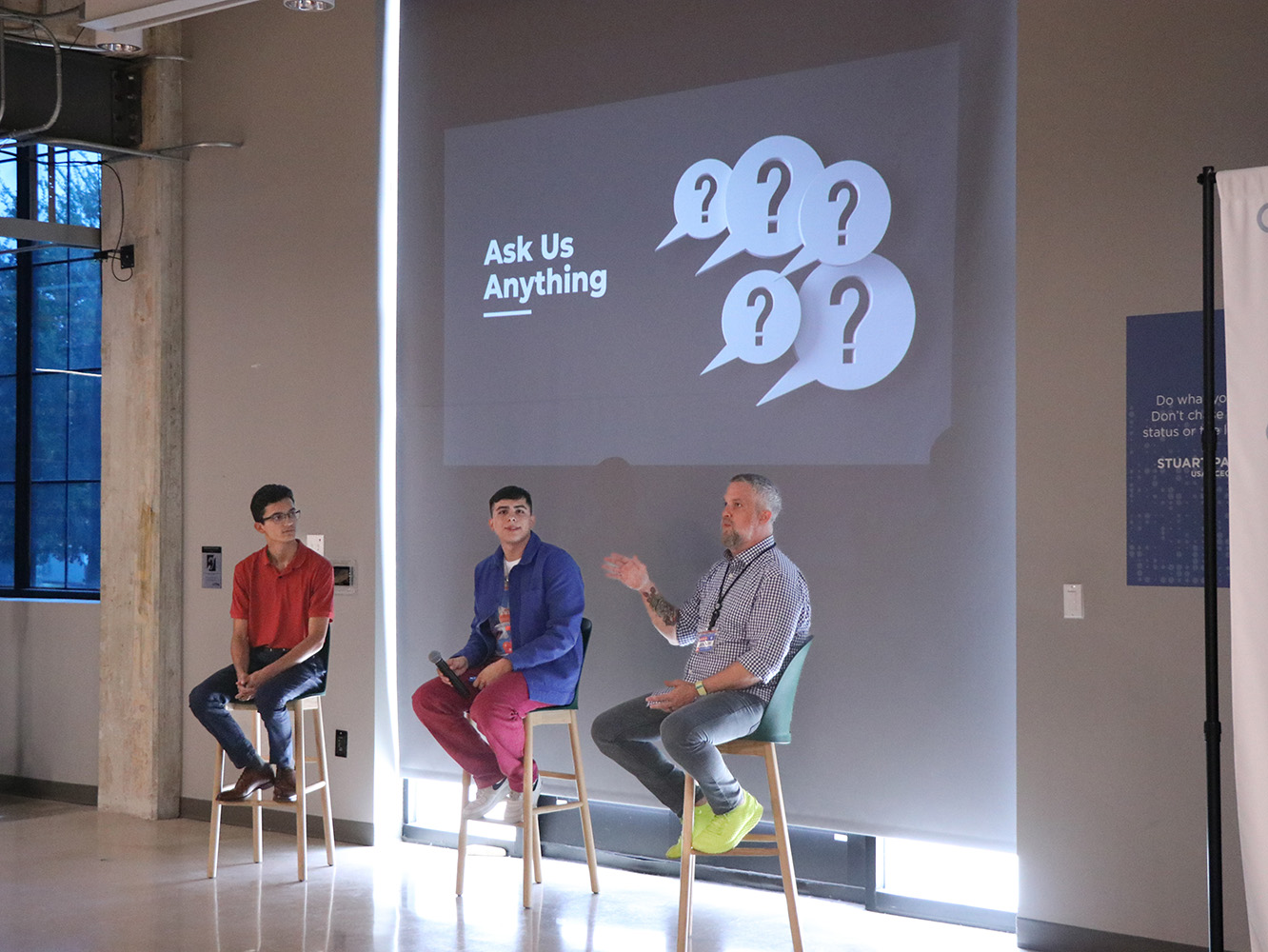 I learned the value of perseverance through my journey as a designer. Despite facing challenges and setbacks, I never gave up on my dreams and continued to explore and experiment with different creative fields until I found a path that aligned with my interests and skills. My journey was also greatly influenced by the guidance and support of mentors, who helped me discover new opportunities and provided encouragement and motivation. Through self-discovery and being open to new experiences, I was able to challenge my assumptions about what I was capable of and ultimately pursue a career path that truly resonated with me.

Design starts with a spark of creativity

Thank you! Your submission has been received!
Oops! Something went wrong while submitting the form.
Copyright © 2020-2023 Jon Rodz. All rights reserved. Designed and developed by me.