As of the start of this internship, Summer 2021, there will be a continual program of interns designed to reduce energy in school districts. Our task was to get San Antonio ISD (SAISD), the 3rd largest district in San Antonio, Texas. 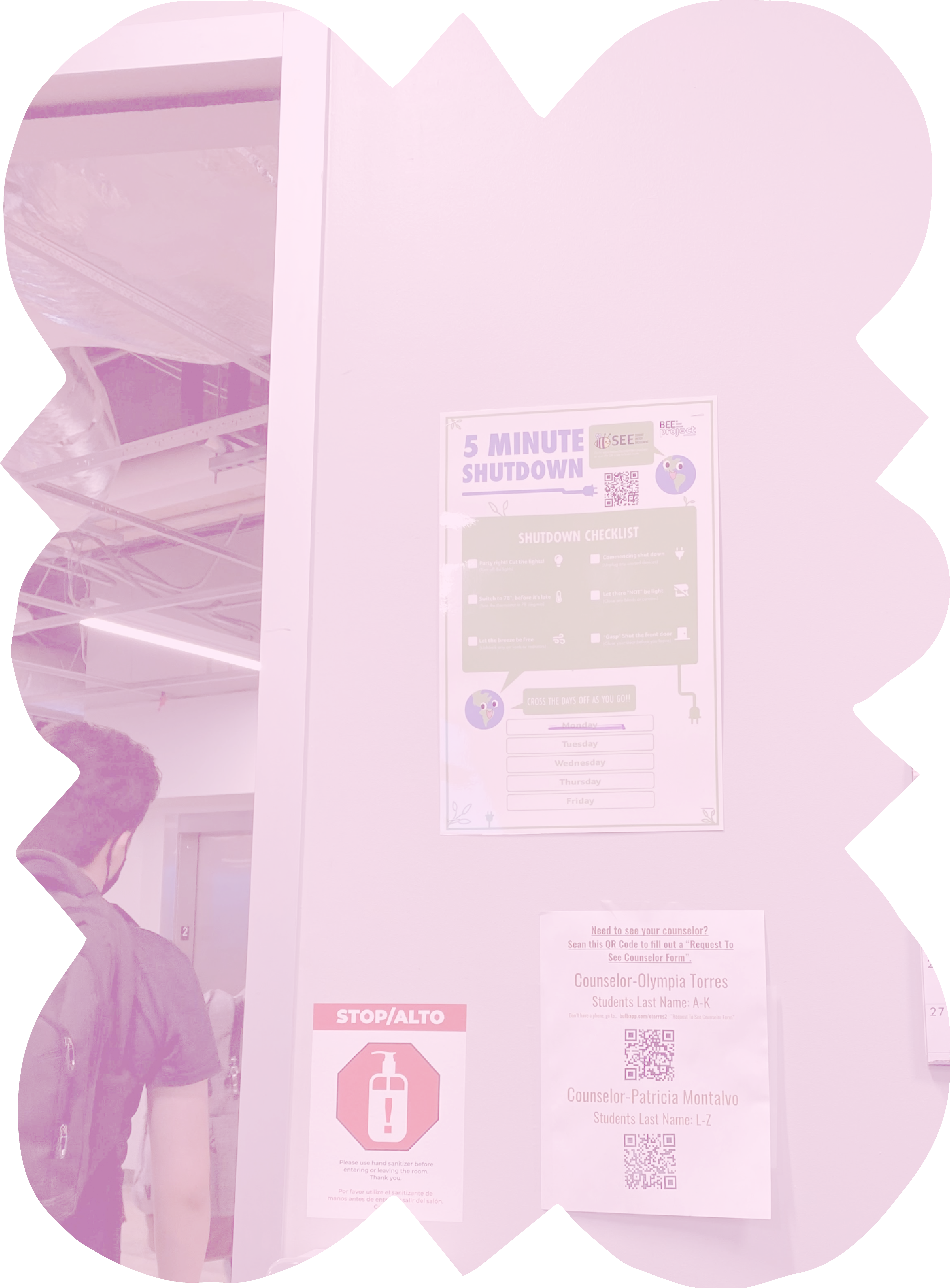 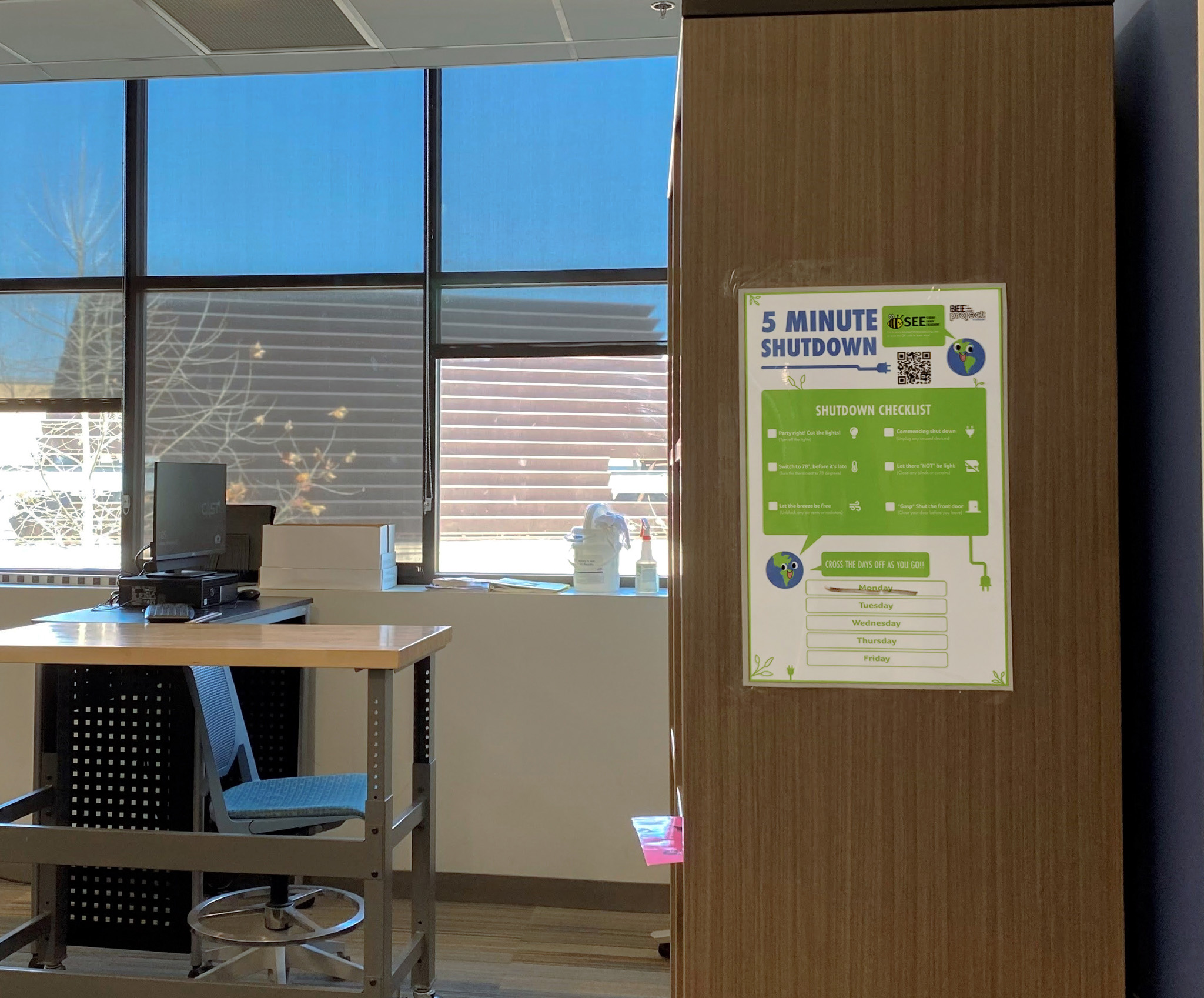 However, SAISD had not worked on engaging the community and informing them on ways to reduce actively. They were looking for an Energy Initiative to reduce energy in schools.

The Impact for SAISD: Help the district decrease their energy and water usage by at least 3%- 5% by implementing the Initiative through print, websites, and content. Predicted cost savings of nearly $400,000/ $700,000 for the district by the end of 2022.

Create habitats for students to reduce energy in Schools.

Make it easier to minimize power in classrooms.

We explored ideas of Student Programs by SAISD that has a designated Student Liaison to be an Advocate. However, the Energy Department could not expand, and the Initiative would need to be self-contained once it's finished.

After some research, we found (Gardner, Benjamin et al. "Making health habitual: the psychology of 'habit-formation' and general practice." The British journal of general practice : the journal of the Royal College of General Practitioners vol. 62,605 (2012): 664-6. doi:10.3399/bjgp12X659466) that it takes little actions done repeatedly to form a habitat that could reduce energy.

While ideating, we thought about how we can make a habit seamlessly in a student's schedule. We know every student ends the day at the bell, and some classrooms are finished early and prepared to leave for the day.

At the end of the day, that opportunity was perfect for an announcement or a poster with a list of steps to follow.

That's when the Initiative of designing a 5 Minute Shutdown, a list of actionable items for a student, classrooms, and teachers can follow.

Our team of 4 then divided up into focuses; Kahlil Davis went into Developing Web Design. Isaias Lozano focused on video content and designing a brand system for the BEE Project, setting the path for future internships. Jozlynn "JZ" Garcia did the poster's design. CEO Sadie Bronk and COO Ashley Black Meyers saw I was able to lead the team and knew I had the expertise for each part of the process due to past projects. So, I met with everyone on the team and managed quality, goals, cohesion, deadlines, and helped anyone with their part.

The poster's goal is to show actionable steps for students to reduce energy while also encouraging the student to make this an everyday habit.

JZ started Designing with Google Draw, and after our first one-on-one meeting, I introduced a User-focused, Collaborative, and Prototyping software to brainstorm and create, Figma.

JZ started to create different designs. However, after meeting with CEO Sadie Bronk and COO Ashley Black Meyers, we noticed we wanted to make the poster more approachable and fun.

The actionable steps for shutdown are:

JZ added a character to the design.

We wanted to get students interested in being more engaged in learning more about the Initiative. So, as a team, we decided to create an Initiative slogan, "SEE" or "Student Energy Engagement." Kahlil and I started to design UI for this Initiative on their website, where BEE Project and SAISD will host all the resources.

Simultaneously, Isaias worked on a design system that works with the BEE Projects existing brand.

We decided it'd be best to create a Sub-Brand for the BEE Project.

BEE Project used "Foco" and "Futura PT Condensed" fonts and used an acronym for their logo. So Student Energy Engagement Initiative Logo also needed to be an acronym and fit into the Visual Design of the brand.

The Student Energy Engagement needed a webpage so students could learn more about the Initiative and print the poster themselves.

BEE Project worked in Squarespace, which limited our ability to create an experience for the user. However, we worked with it, and I updated all their fonts using Custom Code.

Kahlil Davis created a new page and started the process on a landing page for the SEE Initiative.

We did the UI, planned in Figma, and developed everything in SquareSpace.

Everything needed for those going to the website was included, downloading the poster, steps to use the poster, information for the video, and how saving energy impacts the world.

Finally the video, we gathered facts about how much 5% of energy is really in terms of SAISD Schools.

The video was edited by Kahlil and me using Adobe Premiere Pro. And Isaias searched for all the clips used in the video and proposed how the video would flow with a script.

JZ was the voice for the video.

We presented to Stakeholders and at our former high school, CAST Tech.

Unfortunately, I won't know the impact of the project results until the summer of 2022. However, I'm optimistic that we will hit above our projected 5% of energy saved.